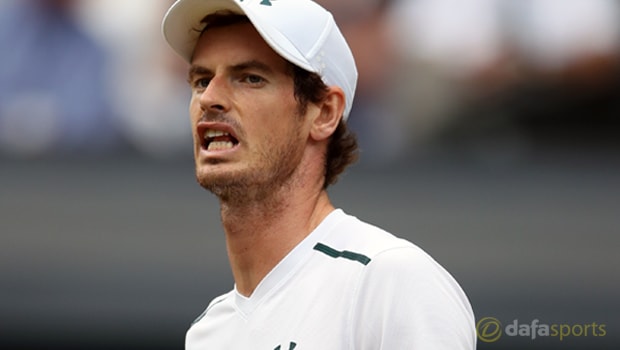 Andy Murray looks set to lose out on his status as world number one after withdrawing from next week’s Cincinnati Masters.

The Scot continues to be hampered by the hip injury that plagued him at Wimbledon and had already ruled him out of the ongoing Rogers Cup in Montreal.

Murray has had a tough year to date, with injury ensuring he has struggled to live up the expectations of being world number one.

He confirmed his withdrawal from Cincinnati on Wednesday evening, insisting he had made the decision in order to boost his hopes of competing at the final Grand Slam of the year, the US Open (Murray 6.00 to win), which starts on August 28.

“I’m continuing to work hard on the court with the aim of being in New York,” said Murray.

“I won’t be playing in Cincinnati as I continue my recovery – I always enjoy playing there and I look forward to returning next year.”

Both Nadal and Roger Federer took significant time off last year and Murray may look at their decision and decide that he too could benefit from a break.

The Spaniard will meet home favourite Denis Shapovalov in the third round and knows that another victory, plus a quarter-final triumph against either South Korea’s Chung Hyeon or France’s Adrian Mannarino, will take him back to world number one for the first time in three years.

Nadal is 3.25 to win in Montreal, with the aforementioned Federer the 2.20 favourite.