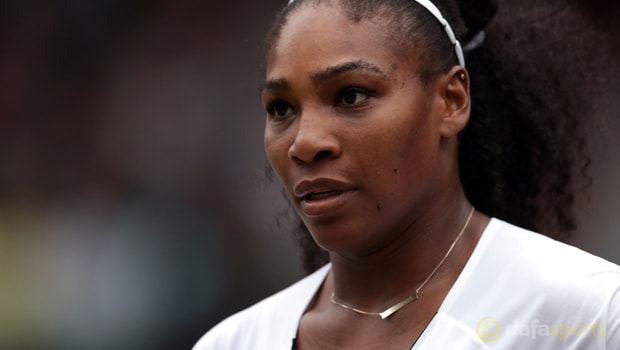 American Chris Evert believes compatriot and former world number one Serena Williams will find life much tougher when making her comeback following the birth of her child.

Williams gave birth to a baby girl in September and has said she plans to defend her Australian Open title in January – just four-and-a-half months after becoming a mother.

The 36-year-old won the first Grand Slam of the season Down Under – her 23rd in total – when in the early stages of her pregnancy and many believe she can pick up from where she left off in 2018.

However, Evert, who won 18 major titles during her career, is unsure how the former world number one will slot back into the sport while also stressing the level of competition has increased.

“I think that this whole year, the level has gone up because Serena hasn’t been dominant and the other players have all felt that they had a shot at it, at the number one ranking,” Evert said.

“I think the other players have gotten better and I think they’re not going to be as intimidated when Serena comes back.”

Spaniard Garbine Muguruza is currently top of the WTA rankings, while Romanian Simona Halep, Ukrainian Elina Svitolina and Czech Karolina Pliskova are all pushing for that number one spot.

Williams is the 4.75 favourite to win the 2018 Australian Open, Muguruza is a 7.00 chance while Russian Maria Sharapova, who is getting back to her best after a 15-month doping ban, is priced at 9.00.

British number one Johanna Konta, who has been a poor run of form as the season draws to a close, is a 15.00 shot to win her maiden Grand Slam.