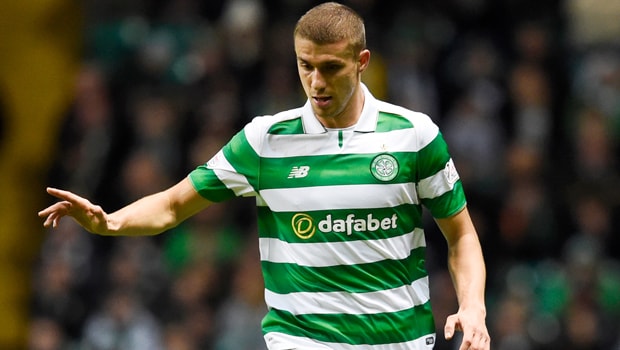 Celtic’s Jozo Simunovic is facing a spell on the sidelines after Bosnia and Herzegovina’s team doctor Reuf Karabeg confirmed the defender has picked up a hamstring injury.

Simunovic, who represented Croatia from Under-14 to Under-21 level before switching allegiances to Bosnia this year, was included in the squad for the 2018 World Cup qualifiers against Belgium and Estonia.

The 23-year-old centre-back was expected to play a part in both of those matches but Karabeg has now revealed an injury has ruled the Zagreb-born star out of the running.

“Our manager, Mehmed Bazdarevic and I talked to Jozo’s doctor at Celtic and we got access to all the documentation on the injury’s condition,” he said.

“The findings of the scan clearly shows he has a rupture of the hamstring and a hematoma four centimetres long.”

Not only is this a blow for the national side but Celtic will also be sweating over the fitness of the defender as the Scottish giants prepare for a busy, and important, October.

The Bhoys, who are unbeaten in the Scottish Premiership and sit top ahead of Aberdeen on goal difference, take on Bayern Munich twice in the Champions League in what could determine who takes second in the group behind free-scoring Paris Saint-Germain.

Brendan Rodgers’ men also have a Scottish League Cup semi-final coming up against Hibernian, along with league matches against Dundee, Aberdeen and Kilmarnock.

Celtic, who are firm 1.02 favourites to defend their league title, face Bayern away in Europe on October 18 and the visitors are massive 23.00 outsiders to pick up all three points, a draw is priced at 10.00, while the hosts are 1.08 favourites.