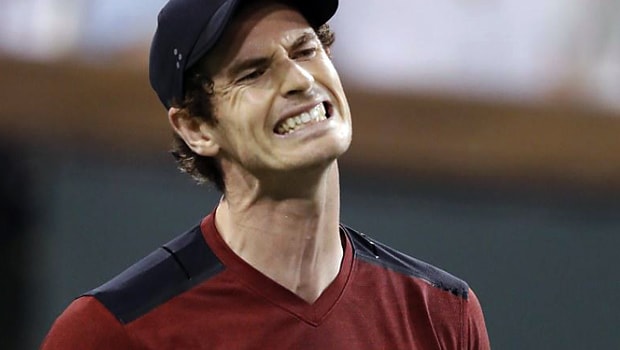 World number one Andy Murray admits he is at a loss to explain his poor form at Indian Wells after suffering a shock second-round exit to Canada’s Vasek Pospisil.

The event in California is one of only two ATP Tour 1000 tournaments Murray has failed to win and his wait for this title will go on for at least another year.

Britain’s 2015 Davis Cup hero was sluggish throughout the contest and it was his serve that let him down badly, having hit seven double faults whilst being broken four times in a row.

The 29-year-old three-time Grand Slam winner went down in straight sets, losing 6-4 7-6, and a runner-up finish to Rafael Nadal at the 2009 event still remains his best performance.

Murray, who will partner Dan Evans in the doubles as they prepare to face Dutchman Jean-Julien Rojer and Romanian Horia Tecau in round two, offered no excuses for his display and remains confused to his bad form at Indian Wells.

“Some years I’ve played well,” he said. “Some years it just hasn’t quite happened for me. I don’t know exactly why that is.

I don’t know if it’s the conditions. I really don’t know why I haven’t played my best here over the years.”

Murray has also revealed he will be working hard on the practice ground after the defeat with the French Open just around the corner.

The Scot, who was a runner-up at Roland Garros last year, is priced at 4.33 to clinch his maiden French Open title while Novak Djokovic is the 2.75 favourite.

Pospisil, who recorded his first victory over Murray in five meetings, was delighted with his performance and will now take on Dusan Lajovic in the third round.

The Canadian is on something of a roll against British opponents as the win over the world number one follows on from the victories over Evans and Kyle Edmund in last month’s Davis Cup tie.