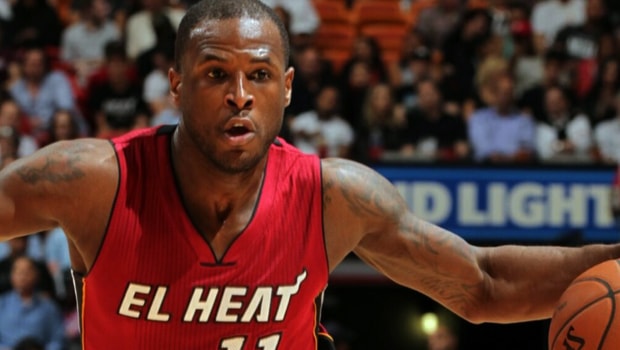 Rising star Dion Waiters says he will reach out to fellow shooting guard Dwayne Wade in his attempts to become a legendary figure at Miami Heat.

The 35-year-old is not only a legend at Heat, but also in the game, and he led the United States to Gold at 2008 Olympic Games in Beijing, adding to the Bronze picked up in Athens four years earlier.

His time in Miami did come to a slightly sour end with the Chicago-born star moving to the Bulls last year after saying he felt unwanted and under-appreciated by Heat president Pat Riley.

Waiters was brought in as a replacement from Oklahoma City Thunder and he has enjoyed a sensational debut season at the American Airlines Arena.

The 25-year-old, who also played for the Cleveland Cavaliers from 2012-2015, has averaged just over 19 points and shot 47 percent since the Heat began this stretch of 21 wins in 25 games.

Miami’s in-form shooting guard is now looking to move on to the next level and he wants to pick the brains of Wade in order to achieve this.

“Hopefully, one of these summers, we can get together and he can teach me some of the tricks of the trade of getting fouled more,” he was quoted as saying by miamiherald.com.

“I am definitely going to reach out to him to see if I can propel my game to a new level. That’s what the best players do.”

Wade is set to feature on Sunday when Chicago take on Boston and the Bulls are 3.75 outsiders to pick up the win whilst the Celtics are firm 1.29 favourites.