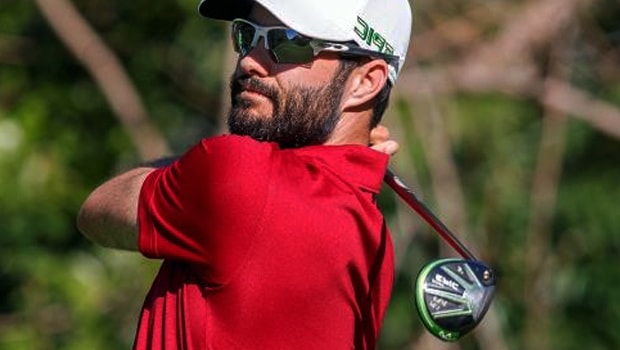 Overnight leader Adam Hadwin is hoping he can maintain his impressive form at the Valspar Championship and clinch a maiden victory on the PGA Tour.

Hadwin, who is a two-time winner on the Web.com Tour, will head into Sunday’s final round with a comfortable four-shot lead after moving onto -14 for the tournament.

The Canadian, who shot rounds of 68 and 64 over the first two days, signed for a solid four-under-par 67 on Saturday to put him within touching distance of the trophy.

He recorded four birdies in his bogey-free round and is the firm 1.40 favourite to go all the way on the American circuit for the first time.

However, the Saskatchewan-born star will be guarding against complacency after he failed to win the CareerBuilder Challenger earlier this year despite leading after three rounds.

Hadwin is trying to stay confident going into Sunday’s play and is keeping his fingers crossed his high standards can be maintained for 18 more holes.

He said: “If I can have a chance (Sunday) coming down the 18th hole, I’m going to be really happy with the way I played.

… I just want a chance to win.” American Patrick Cantlay is the closest challenger on -10, four strokes off the lead, and he is priced at 7.50 to clinch his maiden PGA Tour title.

His compatriot Jim Herman is a further shot back on -9 after a level-par 71 and is a 13.00 chance to overhaul the huge deficit.

Open champion Henrik Stenson also signed for a round of 71, leaving him in a two-way tie for fifth on -7, and the Swede is 9.50 to clinch victory.