Francesco Molinari heads to the USA 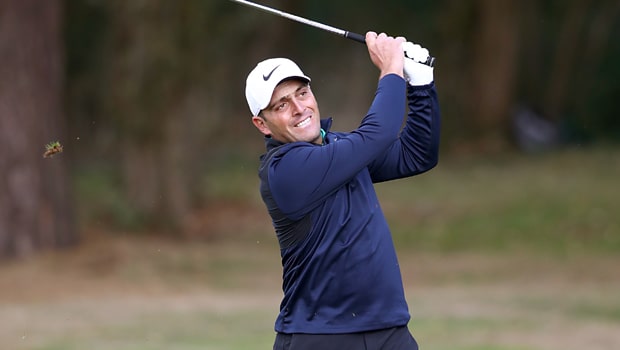 Francesco Molinari has said that he is looking to spend much of 2019 on the PGA Tour in the United States.

The Italian won the European Tour’s Race to Dubai and his first major, the Open Championship, this year, as well as playing a leading role in Europe winning back the Ryder Cup in September.

However, he is looking to turn his back on the European Tour, saying that his Open defence may be his first tournament of the year in Europe, while he may not compete in the British Masters, run this year by his good friend Tommy Fleetwood.

Molinari said: “I would like to play the British Masters, but it depends probably on the first couple of months of the season. If I learnt one thing this season, it is to be a bit flexible with the schedule playing two tours.

“With the changes, it is a bit different. Wentworth was always the first for me, but now it has moved from May to September that might be the first regular European Tour event I play.”

As well as his success at The Open, Molinari also won the Quicken Loans National on the PGA Tour last summer and the BMW PGA Championship at Wentworth in May, beating Rory McIlroy by two strokes.

The European Tour golfer of the year says that the different schedules on both the PGA and the European Tour make it more difficult for him to commit to tournaments on his home circuit.

Molinari won The Open in Carnoustie with a score of eight-under par. He will seek to defend the title next year at Royal Portrush in Northern Ireland from 19-22 July.