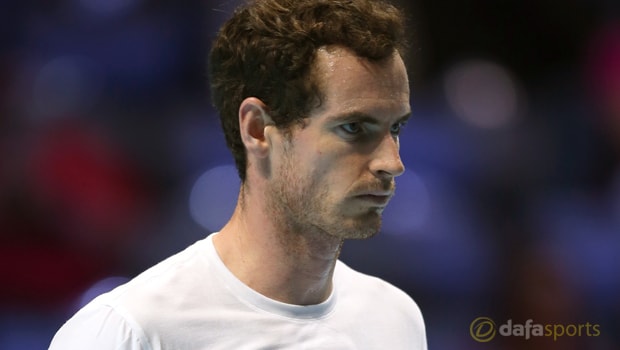 The former world number one is still on the sidelines after undergoing surgery last month.

Murray has not played a competitive match since his quarter-final loss to Sam Querrey at Wimbledon and he had been hoping to feature at January’s Australian Open.

However, he was unable to shake off the hip problem and underwent surgery to try and prolong his career.

Murray is hoping to be back in the summer and Becker believes the timing will be perfect as he tries to improve his fitness while playing on the grass.

Becker told reporters at the Laureus World Sports Awards: “Tennis needs him. Tennis is not the same without Andy Murray.

“He got this problem and he stopped when he was the No 1 player in the world. It’s the last thing you want to happen.

It’s a serious injury – I’m not his doctor, I can’t give you details of what the surgery was or how many surgeries he had – but what I hear is he is contemplating coming back on the grass because obviously it’s a little easier for the hip.

“I think you wouldn’t come back if you wouldn’t have the chance to come back fully fit. Once he’s fully fit, he’s one of the best players in the world. Then it’s a question of time.

How much time are you going to give yourself to come back to this level you had before? I hope he does.”

Roger Federer is the current favourite for Wimbledon at odds of 2.75, while Murray is priced at 6.50 to win for a third time at SW19.