Rory McIlroy: I can win the Masters 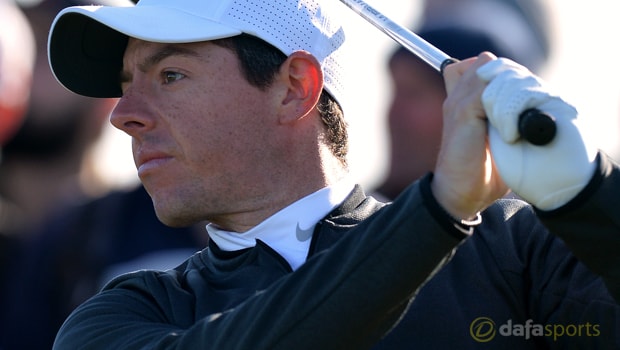 Northern Ireland’s Rory McIlroy insists his putting is good enough to win The Masters this year as he tries to complete a career Grand Slam.

McIlroy has won four majors to date but has yet to don the Green Jacket at Augusta National. His recent form has cast doubt on his chances, with the 28-year-old dropping down to 10th in the world rankings.

The Northern Irishman’s last tournament victory came in September 2016 and the 17 months without a trophy is the longest he has had to wait since turning professional.

McIlroy made a strong start to the year as he finished second at January’s Dubai Desert Classic but he has since failed to finish in the top 10 at the AT&T Pebble Beach Pro-AM, Genesis Open and Honda Classic.

He is priced at 9.50 to win the event in April and he is adamant that his putting is strong enough to claim the title.

“At Augusta you don’t need to putt great, you need to not waste any shots, no three putts, hole everything inside five feet,” McIlroy told BBC Sport NI.

“I feel good about Augusta, I know the golf course so well. “I feel like if I just play my game it will all happen sometime soon hopefully – any week I tee it could be the week.

“Winning is important and that’s how I will be judged, but right now it’s about the journey and getting back there. I’m not that far away.

“Since I won the Open in 2014, the Masters is the biggest event of the year.

This will be my fourth go at it (achieving the Grand Slam), I have had three top-10s in the last three years and I played well, but just not played well enough.”