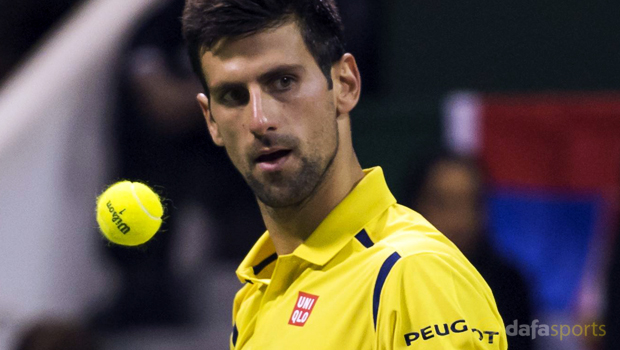 Bernard Tomic feels world number one Novak Djokovic is now practically unbeatable and has no weaknesses in his game ahead of the Australian Open.

Djokovic won an incredible 11 titles in 2015, including three Grand Slams, and just fell short of claiming all four when suffering a shock defeat to Stan Wawrinka in the final of the French Open.

The man just below him in the rankings, Andy Murray, stated earlier this week that he will need the Serb’s level to drop to stand any chance of beating him Down Under but that seems unlikely to happen given the way in which Djokovic hammered Rafael Nadal in the recent Doha final.

The five-time Aussie Open champion lost just three games in his straight-sets win in the UAE and served notice to his rivals that he means business once again this year.

Home favourite Tomic, who has now reached a career-high of 17th in the world rankings, is clearly in awe of the 10-time Grand Slam champion and cannot see a way past him at present.

“Novak, it’s just a joke now,” he said. “It’s amazing what he’s doing. That’s the reason why he’s the best player in the world.

“I think even Roger and Rafa are just…when you step on the court against Novak now, it’s like: ‘How can you beat him?’

“Even Rafa playing that final in Doha, it was amazing tennis to watch, but so comfortable, and on score just shows how much Novak is dominating the sport.

“I think he is a different level, Novak, now, and there is a reason why he’s there.”