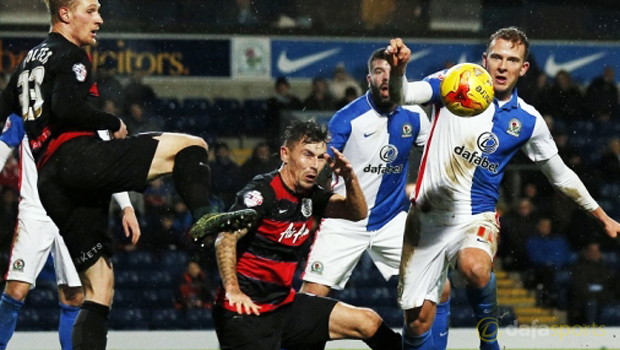 Blackburn boss Paul Lambert hailed his players’ resilience as they stuck to their task to earn a 1-1 draw against Queens Park Rangers.

Rovers had lost three straight Championship games by a score of 1-0 heading into the contest and it looked as though history would repeat itself as Leroy Fer gave the Hoops a 24th-minute lead at Ewood Park on Tuesday.

That was the way it stayed until Hope Akpan found the back of the net five minutes from time to earn the hosts a draw and end the losing streak.

Lambert was relieved to take a point and felt that it would have been criminal if his charges had ended the night with nothing to show for their efforts.

“It was no more than we deserved,” he told Radio Rovers. “We should have been three up before they had scored, the balls that never went in for us were incredible.”

Next up for the north-west outfit is the visit of Brighton on Saturday, with Rovers priced at 2.50 to take all three points and the Seagulls on offer at 2.88.

A couple of months ago, it would have looked like a tough encounter for Lambert’s men with Brighton riding high in the division, but the south-coast club have not won in seven games and taken just three points during that period.

But they are still sixth in the table and remain a tough nut to crack.

The Scottish tactician will no doubt have already turned his attention to the weekend but was clearly buoyed by what he saw against the Londoners.

“All credit to the players, they kept going and we peppered their goal,” he added. “I’m delighted with the point, we’ve had a hard few weeks and all credit to them for coming back.”