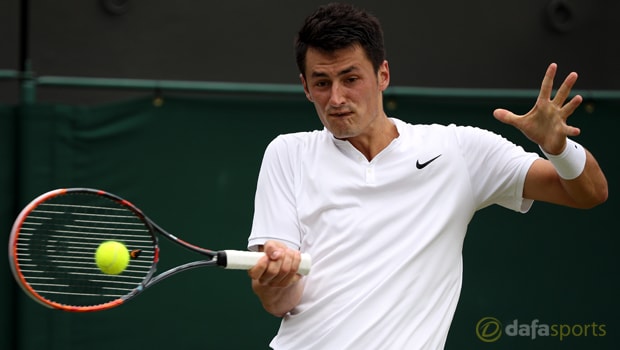 Australia’s Bernard Tomic insists he will be ready to put up a fight at the Australian Open next week despite making a poor start to the season.

The 24-year-old fell to a straight-sets loss to Belgium’s David Goffin in round one of the Kooyong Classic on Wednesday.

Tomic’s poor performance this week adds to his first-round exit at the Brisbane International when he was sent packing by Spaniard David Ferrer.

The world number 27 was hoping to build some momentum ahead of the Australian Open, where he made it to round four in 2016 before losing to Andy Murray, with the Scot priced at 2.50 to win the tournament this year.

However, Tomic will now need to rely on his training and a couple of exhibition matches to find some form prior to arriving in Melbourne.

“I was trying to work on a few things but he was playing good,” Tomic said after his defeat to Goffin.

“I played well two days ago in an exhibition in Sydney and I’ve got another match here so I’m going to use this as much as I can, as I have to be ready for Monday.

“If you’re not ready than you can play bad and you only have one shot at the Australian Open each year so you have to do best you can.”

Tomic also admitted he was not up to scratch for his clash with world number 21 Ferrer and is keen to show some level of improvement in his last match before the first Grand Slam of the year.

He added: “For me that match (against Ferrer) was a test and I wasn’t quite ready. The last five days have gone pretty well and I’m feeling pretty good.

I have one more match and will have to try and improve a little more before Monday.”