No regrets for Wilfried Zaha 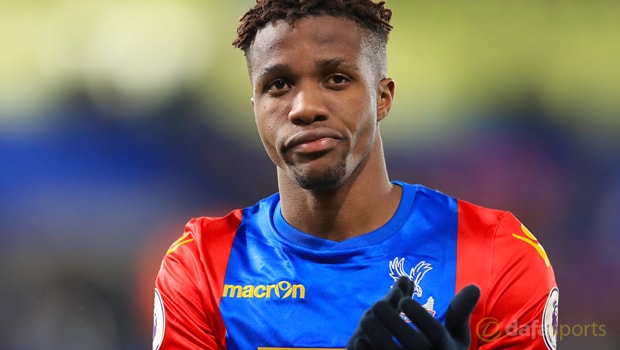 Crystal Palace winger Wilfried Zaha insists he has no regrets over turning his back on England to play for the country of his birth, Ivory Coast.

The 24-year-old confirmed his intention to play for the Ivory Coast at the end of November after failing to see any opportunity with England.

The winger is eligible to play for both nations but his only taste of international action with the Three Lions came when he featured in friendlies against Sweden and Scotland in 2012 and 2013 respectively.

Zaha has performed strongly for the Eagles this season as one of the few stand out players in what has been a disappointing campaign for the club.

The former Manchester United man felt he was unlikely to force his way into the England setup, deciding to switch allegiance, and is currently preparing for the Africa Cup of Nations.

Despite being away from Palace, who are priced at 4.00 to be relegated, for potentially six weeks as the Ivory Coast look to go all the way in Gabon, Zaha insists he has no regrets over his decision to link up with The Elephants.

Zaha said: “I left for England and I did not return to the [Ivory Coast] so I did all my schooling in my adopted country and it was most normal that I played for the England youth teams,” Zaha told the national side’s official website.

“For the past four years, I have had ample time to analyse my situation and to take into account the solicitations of the Ivorian Football Association. Now I have made my choice. Now I want to play with the Ivory Coast.

“It has been rewarding, firstly because I am proud to play for my country, then because the Ivorian selection has quality players and has always been a reservoir of talent. So I made the right choice and I do not regret it.”