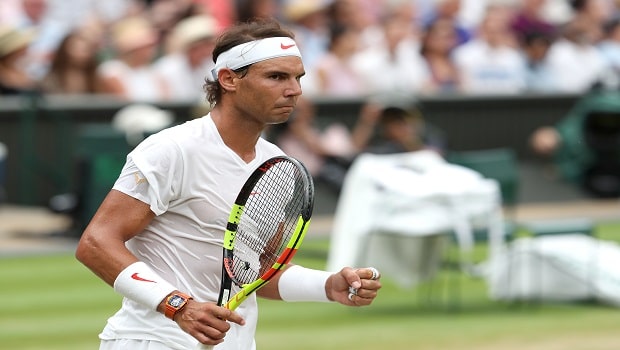 World number two Rafael Nadal has been forced to withdraw from the ATP Finals in London next week to have surgery on his ankle.

The 32-year-old was planning to make his comeback from a two-month absence last month at the Paris Masters but was forced to delay his return.

Nadal, who is priced at 6.50 to win the 2019 Australian Open, cited an abdominal strain as the reason he was unable to compete but he was hoping to be fully fit in time for next week’s ATP Finals.

The Spaniard has not been able to fully recover for his abdominal issue and therefore has confirmed his absence from the season finale in London.

He has also been struggling with an ankle injury and feels now is the perfect opportunity to go under the knife to correct the problem ahead of 2019. Nadal said in a statement:

“It has been a complicated year, very good at the tennis level when I was able to play, and at the same time very bad as far as injuries are concerned.

“Unfortunately, I had the abdominal problem in Paris last week and, in addition, I have a free body in the ankle joint that has to be removed in the operating room today.

“It is true that we had detected it for a long time and from time to time it bothered me.

However, since the problem in the abdominal muscle also prevents me from playing in London, we take advantage of the moment to remove the free body and avoid future problems.

“This way I hope to be in full condition for the next season.”