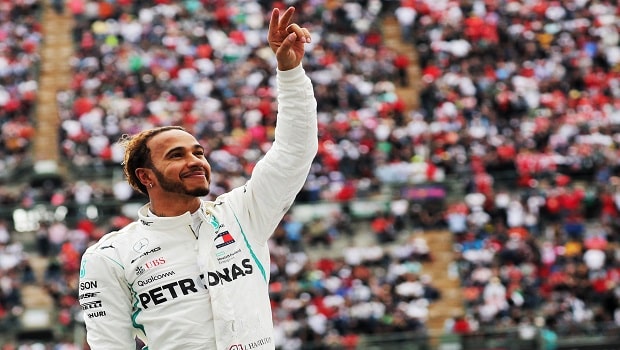 World champion Lewis Hamilton insists he is happy with Mercedes but has refused to rule out a potential move to Ferrari or elsewhere in the future.

The Briton has enjoyed another successful campaign with the Silver Arrows, claiming his fifth Championship crown in Mexico last time out.

Hamilton, who is priced at 3.00 to win the Brazilian GP this weekend, won his first world title with boyhood team McLaren in 2008 before eventually ending his six-year association with the team in 2013.

After signing on with Mercedes, his career has gone from strength to strength and he looks well on track to match Michael Schumacher’s record of seven world titles.

Despite his exploits with Mercedes, reports have suggested that he could one day leave the Brackley-based team and join Italian rivals Ferrari.

The 33-year-old has assured Mercedes fans that he is happy for now, but admits he could move elsewhere for a new challenge in the future.

Hamilton said: “At the moment, it’s very, very difficult to imagine, envisage myself anywhere else. This is my family, this is where I grew up but I said the same thing when I was at McLaren.