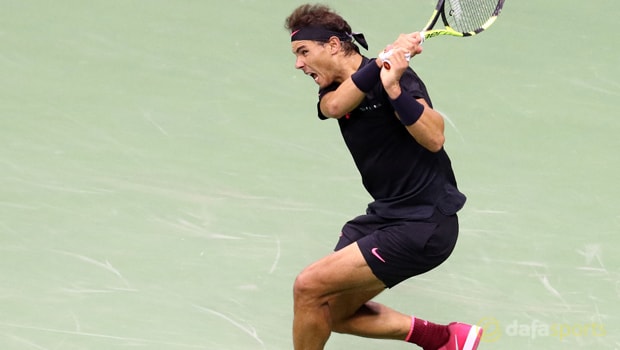 Rafael Nadal wants to cap what has been a remarkable comeback campaign with a first ever ATP World Tour Finals title.

The Spanish star ended a three-year Grand Slam drought by capturing a 10th French Open title and backed that up with the US Open crown last month, taking his major tally to 16.

Nadal also returned to the top spot in the rankings, replacing Andy Murray, and is still hoping for further success in 2017.

The 31-year-old has won almost every prize tennis has to offer but the season-ending ATP World Tour Finals has so far proven to be elusive.

Nadal was a beaten finalist in both 2010 and 2013 and now hopes to secure a maiden title in the event in London.

“I have never won the ATP Finals and it is obvious that I am hopeful of doing it (this year),”

Nadal said, as quoted by Business Standard. “But there are seven other players who also want to do it.”

Nadal’s chances of claiming the title have been boosted by the absences of Novak Djokovic and Stan Wawrinka, who will miss the rest of the season due to injury.

Defending champion Murray has not completely ruled himself out despite admitting it is unlikely he will make a competitive return this year.

So far, Nadal and Roger Federer are the only players who have definitely qualified for the event, with Alexander Zverev and Dominic Thiem also close to guaranteeing a spot.

Nadal is 4.20 to win the Australian Open next year.