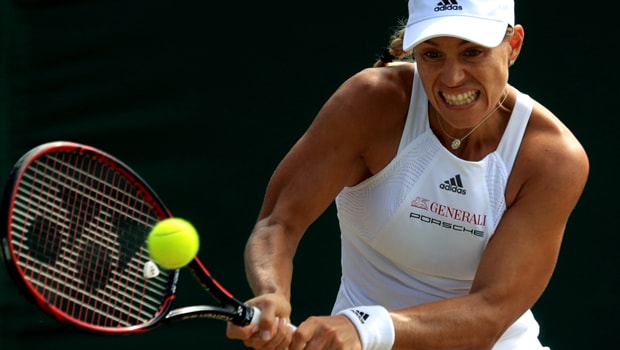 Angelique Kerber suggests it is an honour to face Serena Williams in Saturday’s Wimbledon final.

It will be the second time the pair have squared off in the deciding match at the All-England Club, with the American claiming a 7-5 6-3 victory in 2016.

The German ace claimed the Australian Open and US Open titles in the same year. Kerber then struggled to replicate her success in 2017, while Williams took time away from the game to have her first child.

Kerber, who trails 6-2 in her-head-to-head record with Williams, is excited at the prospect of facing the 23-time Grand Slam champion once more in an SW19 final.

She told the WTA Tour website: “When I see Serena I see a champion, that’s for sure.

Serena is one of the best players in the world. We had so many great matches in the last years. To see her back, it’s great.

“I know that she is always pushing you to the limits to play your best tennis. This is the only chance to beat her.”

Williams is chasing her eighth singles title at Wimbledon and, while she is honoured to go up against her, Kerber feels the 2016 decider will count for little this time around, give what they’ve both gone through since.

“I know that I have to play my best, best tennis to beat her, especially on grass, on the Centre Court, where she won so many titles here.