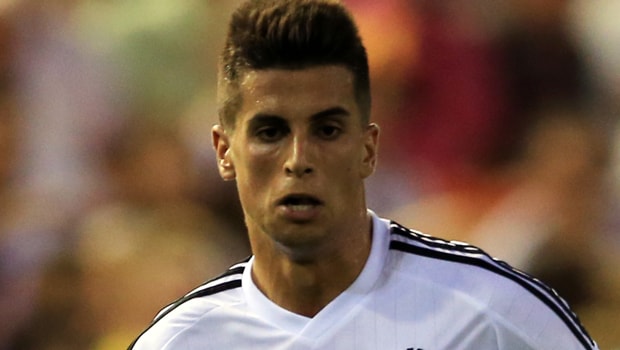 Joao Cancelo says he is hoping to win lots of trophies, including the Champions League, with Juventus after making the summer switch to Turin from Valencia.

Portugal international Cancelo signed for the Italian champions from Valencia for 40.4million euros this summer after spending last season on loan at Inter Milan.

The 24-year-old, who missed out on his country’s 2018 World Cup squad, ended a three-year stay at the Mestalla and he will now be hoping to cement his position in the Old Lady’s first-team.

With right-back Stephan Lichtsteiner recently leaving Juventus to join Arsenal on a free transfer, a gap needs to be filled at the right side of defence and the new summer arrival is expected to be handed the starting shirt.

Cancelo, who won two trophies during his time at Benfica, says domestic success is a major goal for the club next season whilst European glory is also high on the agenda.

“My objective here is to win titles, starting with the league and Coppa Italia,” he said at a news conference.

“I would define the Champions League as an objective too, but not an obligation, as there are several other top clubs who will fight hard to win it, too. “Make no mistake though, it’s a very important target of ours.

On a personal level, I also hope that by performing well at a big club like Juventus will raise my chances of playing more for the Portuguese national team.”

Juventus are 1.44 favourites to retain their Serie A title whilst they are 8.00, the same price as Paris Saint-Germain and Bayern Munich, to win the Champions League.