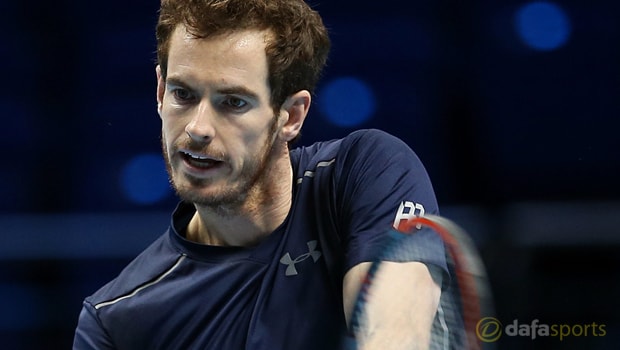 World number one Andy Murray says his focus is already turning towards the 2017 Australian Open and winning the Melbourne Park title for the first time.

Murray has enjoyed a sensational season to date, having clinched a second Wimbledon title in the summer before going on to successfully defend his Olympic singles crown in Rio.

The Glaswegian, who also picked up a record fifth Queen’s Club Championship this year, recently moved to the top of the world rankings following a sensational run of form.

Britain’s 2015 Davis Cup hero has won his last four ATP tournaments and the brilliant performances have been enough to overhaul Serbian Novak Djokovic at the summit of the individual standings.

Both players will be going all out to win the season-ending World Tour Finals in London but Murray, although confident of winning at O2, is already thinking about glory Down Under.

“The Australian Open is obviously the next big goal that comes along,” he said. “It’s a tournament I’ve really enjoyed playing at. I love the conditions. I love Australia. I love playing in Melbourne.

“I’ve been close, but it’s just not quite happened for me, so it’s a big goal and I’ll be working towards that in December when I’m over in Miami training.”

Murray has finished runner-up at the Australian Open a record five times but he will be more optimistic of breaking his duck at Melbourne Park.

The 29-year-old is second-favourite at 2.88 whilst defending champion Djokovic, whose form has dropped since winning the French Open this term, is the slight 2.15 favourite.

Swiss number one Stanislas Wawrinka is next in the betting at 13.00 whilst Argentine Juan Martin del Potro, who is enjoying an injury-free run after his return, is 15.00.