Posted by Vincent Henderson on November 13, 2016 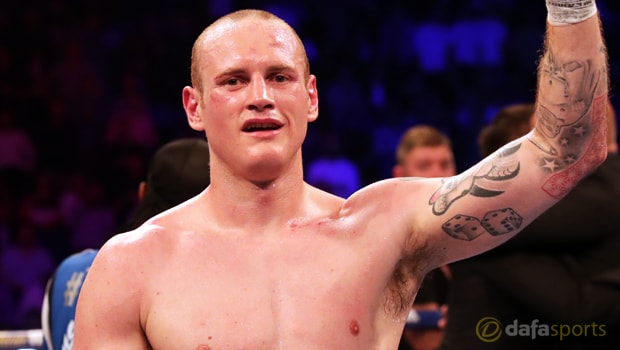 George Groves is hoping victory over Eduard Gutknecht at Wembley Arena on Saturday will put him in contention for a shot at the super-middleweight belt.

Groves, who suffered back-to-back losses against Carl Froch in 2013 and 2014, failed in his bid to win the WBC World super middleweight title in September last year.

The 28-year-old took on Badou Jack at the MGM Grand in Las Vegas but the challenger was unable to upset the odds, losing on a split decision.

He has been working hard since the defeat to get back into a position to earn a big-name fight with the Brit winning his last three bouts against Andrea Di Luisa, David Brophy and Martin Murray.

Next up for the London-born fighter is a clash with Gutknecht, who won the European light-heavyweight title in 2011 and made three successful defences before losing the belt to Jurgen Brahmer, in a WBA-sanctioned clash for their International belt.

Groves is feeling confident ahead of the contest and his thoughts are already turning towards a possible shot at the at the main title, which was stripped from Felix Sturm last month.

“The WBA super title is up for grabs and I want to make sure I’m in a position to fight for it,” he said.

“That’s Plan A and I’m hoping something will come off, maybe I could fight Fedor Chudinov for it. “I don’t want to waste much time.

I needed to consolidate my relationship with my trainer, Shane McGuigan, this year and get over the loss to Badou Jack.”

Groves is the firm 1.04 favourite to make it four straight victories, a draw is priced at 23.00 whilst his German opponent is the big outside shot at 13.00.