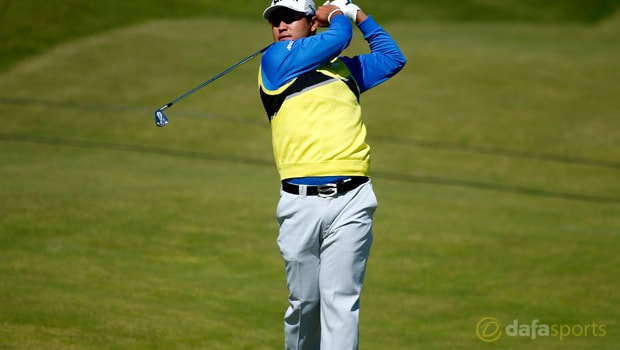 Japan’s Hideki Matsuyama insists his main aim next season is to win a major and Sunday’s record-breaking victory at the Taiheiyo Masters suggests he may not be too far away from achieving it.

Matsuyama, who won the tournament back on home soil in 2011 as an amateur, produced an incredible performance to set a new course record, beating Irishman Darren Clarke’s previous score set in 2004.

The world number seven carded a three-under-par 69 on the final day to post -23 for the competition, ending up a massive seven strokes clear of South Korean Song Young-han in second.

It is the 24-year-old’s eighth victory on the Japan Tour and his third of the year, following on from the triumphs at the Waste Management Phoenix Open, WGC-HSBC Champions and the Japan Open Golf Championship.

The Ehime-born star’s attentions are now turning towards 2017 and he will be hoping to finally put everything together to break his major duck.

Japan’s number one has finished in the top 10 in each of the ‘big four’ tournaments with a tie for fourth at the 2016 PGA Championship his best result so far.

Matsuyama admits his game needs to be more consistent for him to taste more success in the bigger events but he is optimistic of winning a major next year.

“In Japan if I have one good day I can win, but in the US I have to have three good days to win,” he said.

“I hope to keep on working hard so that I can win a major title.” Matsuyama is currently priced at 26.00 alongside Swede Henrik Stenson and Englishman Justin Rose to win the 2017 Masters at Augusta National.

Former champion Jordan Spieth and Australian major winner Jason Day are the joint-favourites at 8.50, while Northern Irishman Rory McIlroy, who only needs the green jacket to complete the Grand Slam, is a 9.00 chance.