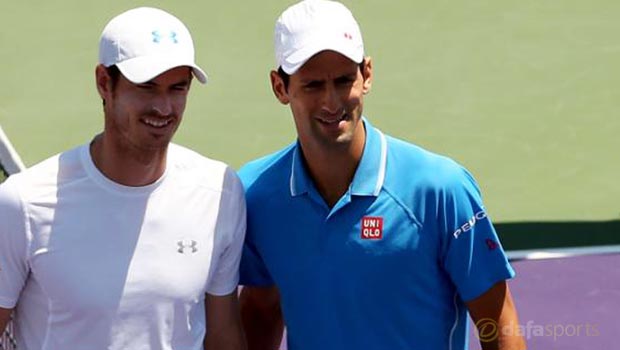 Andy Murray is confident he will give Novak Djokovic a much tougher game than their last meeting in Indian Wells when the duo square off in the final of the Miami Open.

The Serb has proven to be a tough nut to crack for Murray in recent meetings on the hard courts, the world No.1 winning the last nine matches between the two on the surface since losing the 2012 US Open final to the Scot.

Djokovic leads the head-to-head record with Murray 17-8, having already beaten him twice this year at the Australian Open and Indian Wells.

While the two-time major champion made Djokovic work for his victory in the final of the Australian Open at the start of the year, he was blown away by the 27-year-old in the semi-finals of Indian Wells, going down 6-2 6-3.

The third seed admits Djokovic has been in excellent form this year and has been impressed with his performances en route to the final in Miami, beating some tough opponents in Alexandr Dolgopolov and David Ferrer along the way.

However, Murray is adamant that Sunday’s contest will be a lot closer than their last encounter as he prefers the conditions in Miami, setting his sights on victory before returning home to marry fiancee Kiam Sears next weekend.

“I definitely feel I’m playing better here than I was in Indian Wells,” said the 27-year-old Scot, who has a home in Miami,” said Murray.

“I prefer the conditions here. Over the course of my career I’ve played much better tennis here.

“It’s been a good few weeks for me and it will be a nice way to finish if off in the final on Sunday before the wedding.”

Murray is priced at 3.80 to stop Djokovic winning the Indian Wells-Miami Open double for a third time, with the Serb installed as the 1.25 favourite.