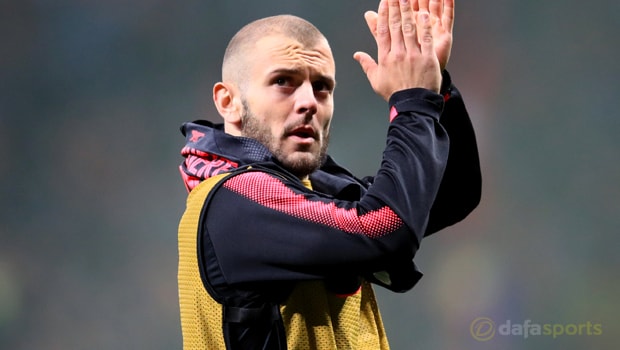 England midfielder Jack Wilshere is on the lookout for a fresh challenge after deciding against signing a new contract with Arsenal.

The 26-year-old, who missed out on a place in the Three Lions squad for the World Cup finals in Russia, was warned by new Gunners head coach Unai Emery that he would not be a first-team regular next season.

That situation left Wilshere feeling that it was best for him to move on, as he bids to gain a starting spot elsewhere, having seen his career stall several times due to injury problems.

Wilshere has spent the whole of his career to date with Arsenal, although he has spent time out on loan at Bolton Wanderers and Bournemouth.

Posting on Instagram, he confirmed: “Following my meeting with the new manager, it was made clear to me that my playing time would be significantly reduced should I decide to stay.

“Given this, I feel I have no option but to pursue other opportunities in order to progress my career on the pitch.”

Wilshere leaves the Gunners just three short of the 200-appearance mark in all competitions, while he has also won 34 England caps to date.

His trophy haul at Arsenal comprises of FA Cup successes in 2014 and 2015.

Meanwhile, Spanish coach Emery, having been given the unenviable task of succeeding Arsene Wenger, is continuing to make changes for next season.

Bayer Leverkusen goalkeeper Bernd Leno is set to become the latest new signing for the Londoners, who have already snapped up veteran Swiss defender Stephan Lichtsteiner following his release by Juventus.

Arsenal are available at 26.00 to win the Premier League title next season and are 3.50 to win their opening game against defending champions Manchester City.