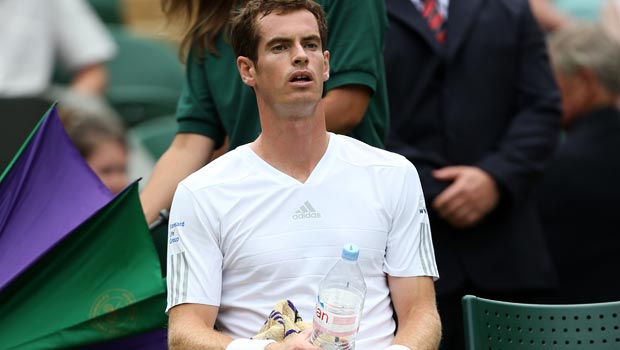 Andy Murray admits he is heading into the unknown when he faces Slovenian Blaz Rola in the second round at Wimbledon on Wednesday.

Murray began his Wimbledon defence with a straightforward 6-1 6-4 7-5 victory over David Goffin and will be confident of getting past the world number 92.

However, Murray has never faced Rola before and the defending champion has revealed he will study footage of fellow Briton James Ward’s two victories over the 23-year-old before they clash on Court One.

Ward beat Rola in both the qualifying rounds for the French Open and also at Queen’s Club earlier this month.

“I don’t know loads about him, but I watched him play at the French Open,” Murray, the third seed, told the BBC. “I watched some of his match against Ward on the TV there. I think he also played him at Queen’s, too. I saw a little bit of that match.

“But he hasn’t been on tour too long, so I’ll watch a little bit of video of him and get a better idea of his game.”

Rola is well aware that he faces a big test but is eager to impress against Murray at SW19, although he admits his chances of victory are slim.

“We know that he’s probably the greatest sportsman here in the country,” said the Slovenian.

“He’s defending the title. He’s been in the top four, the ‘big four’, in the past couple years. His record speaks for itself.”

Murray is 5.00 to secure the Wimbledon title for a second successive year, Novak Djokovic is priced at 2.40 and Any Other Player can be backed at 12.00.