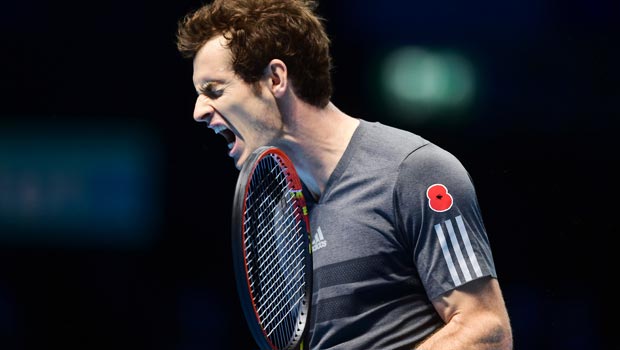 The Scot had been in fine form heading into the end of season showpiece in London but he was nowhere near his best in his opening Group B defeat to Japan’s Kei Nishikori on Sunday.

However, Murray responded on Tuesday as he secured a 6-3 7-5 victory over Raonic to set up a crucial final group tie against Roger Federer, who is 3.70 to win a seventh career Tour Finals title.

Murray is currently third in Group B and must beat the Swiss maestro, who has won both of his matches to date in London, to secure a place in the semi-finals, although the fact he beat Raonic in straight sets could well prove vital when the final tables are calculated.

Raonic had won the previous two meetings between the pair but the seventh seed appeared out of sorts against the 2013 Wimbledon champion, as he managed just 38% of his first serves in the opening set and just four aces throughout the contest.

The Canadian’s serve is widely considered to be his greatest weapon and Murray admits his cause was helped by Raonic’s struggles, but he was delighted with his win as he showed significant improvement from his defeat to Nishikori.

“On Sunday, there wasn’t much magic,” said Murray. “Today I came up with some good shots in the right moments. Milos didn’t serve as well as he can and that helped.”

“I hit the ball a lot cleaner than I did on Sunday from the beginning of the match, so that was pleasing.

“I was going in knowing that if I lost the match, I was out. It kind of didn’t really feel like a round-robin anymore. It was more like a knock-out.”