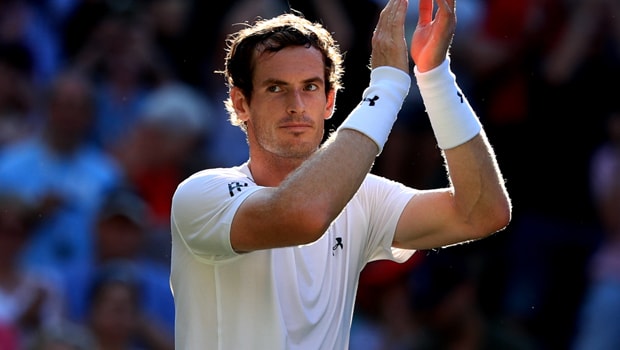 Andy Murray insists his ambitions for this year’s US Open remain modest despite his first round victory over James Duckworth on Monday.

The British number one is playing in his first Grand Slam event since losing at Wimbledon last year after finally overcoming a hip problem and secured a hard-fought four-set victory over Australian Duckworth, prevailing 6-7 (5-7) 6-3 7-5 6-3.

Murray was keen to play down his chances of claiming overall glory in New York before the tournament and he reiterated that stance after beating Duckworth, despite the fact Roger Federer, Rafael Nadal and Novak Djokovic have all won Grand Slam titles following their own lengthy lay-offs.

“[To be a contender] I would have been able to train and practice a lot more than what I have done,” Murray said.

“I would have played more matches in the build-up to the tournament. There’s many, many things that I would have wanted to change to be considered a contender.

“I don’t think anything changes after today. I’m still just taking it one match at a time.

This is the first time I have played four sets in 14 months, so I just have to wait and see how I pull up tomorrow. Hopefully I feel good, and take it from there.”

Murray, who is priced at 34.00 to win what would be his second US Open title, will now take on 31st seed Fernando Verdasco in the second round.

The former world number one boasts an impressive record over Verdasco, as he has won 13 of their 14 previous meetings, but he is certainly not underestimating the Spaniard’s quality.

“Fernando is a great shot-maker and someone that when he’s on his game, really tough to beat,” added Murray.