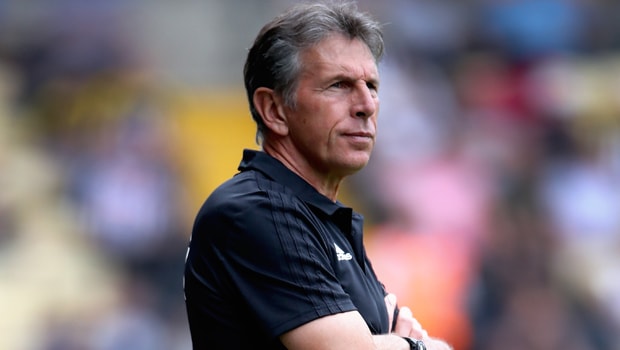 Leicester boss Claude Puel knows his side will have to be on their guard if they are to avoid a shock defeat to Fleetwood in the Carabao Cup second round.

The Foxes will head into Tuesday’s clash at the King Power Stadium following back-to-back Premier League victories over Wolves and Southampton.

League One side Fleetwood, who are managed by former Manchester City and Newcastle midfielder Joey Barton, have also been on a good run of form, as they are unbeaten in five matches in all competitions.

Puel is certainly expecting Leicester to have a tough evening against their lower league opponents and has urged his players to be on their guard if they want to avoid an early cup exit.

“Except for his (Barton’s) first game, which they lost, he has had a good start this season and I think we need to be careful and ready for a tough game,” Puel said.

“They have good players and they play good football, and we need to be careful because it will be another tough game.”

The former Southampton boss is expected to rotate his starting line-up for Tuesday’s cup clash, although he stopped short of confirming whether summer signings Filip Benkovic and Caglar Soyuncu would be included.

The Frenchman added: “I don’t know at the moment (regarding Benkovic and Soyuncu), I want to see who is available and we will then take a decision.

“We will see on the pitch when the game begins on Tuesday night.”