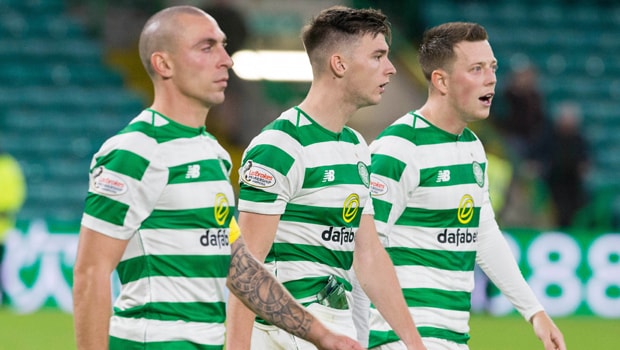 Celtic midfielder Callum McGregor believes Rangers will be affected by there Europa League exploits when the two teams meet in the first Old Firm derby of the season at Parkhead on Sunday.

Both teams will head into that fixture on the back of playing in Europe, but whereas Celtic face a home clash with Suduva, Rangers will have to deal with a 6,000-mile trip to Russia to take on Ufa.

Celtic know all about long-haul trips in Europe, as they have travelled to the likes of Russia, Azerbaijan, Kazakhstan and Armenia over recent seasons and McGregor believes the travelling will have an impact on Rangers during Sunday’s Old Firm clash.

“They’ll have to deal with getting home at 4am on Friday – and we need to take advantage of that,” McGregor was quoted as saying in the Daily Mail.

“We did the travelling last week. It does affect you. You come back and think you feel good but, five to ten minutes into the game, you can feel it in your legs. That can be difficult, obviously.

“Coming back from Russia is the hardest, just down to the distance. You get back home and get into bed – but you’re up again first thing in the morning to get back into the training ground and do your recovery. So, it’s quite tough but that’s the job.”

Celtic will head into Sunday’s fixture a point clear of their fierce rivals in the Scottish Premiership standings, although both teams trail early-season pacesetters Hearts.

Brendan Rodgers’ side are unbeaten in their last 11 meetings against Rangers, winning nine of those games, and they are priced at 1.70 to claim all three points on Sunday, while Steven Gerrard’s team are available at 5.00 and the draw is on offer at 4.00.