Andy Murray racing against the clock for Melbourne return 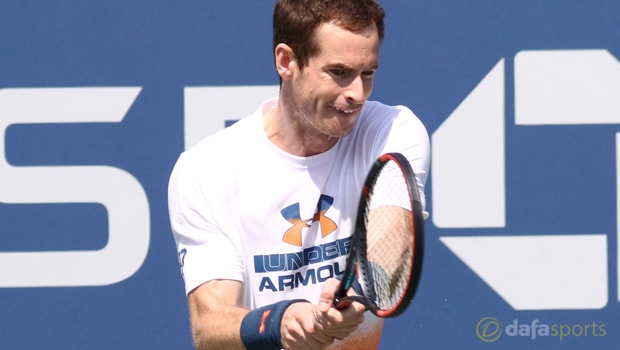 Andy Murray faces a race against time in order to be fit enough to bid for Australian Open glory in Melbourne in January.

The Scot has not played since Wimbledon as a persistent hip problem continues to bother him.

Murray was forced to pull out of the US Open just two days before the final grand slam of the season got underway in New York.

His mother, Judy, says there is currently no timetable for her son’s return to competitive action.

Murray is down to face Roger Federer in an exhibition match in Glasgow in November and will be ready to keep that commitment.

“He’s going to be fine by then,” Judy Murray told BBC Scotland.

The 30-year-old has now lost his spot as world number one, dropping to third behind US Open winner Rafael Nadal and Wimbledon champion Federer in the latest rankings.

Murray has lost five finals at the Australian Open in Melbourne and, according to his mother, the three-time grand slam winner faces a battle in order to be fit in time to truly challenge for the first major event of 2018.

“He’s carrying on his rehabilitation at the moment doing everything he can to get back into shape,” added his mother.

“It’s quite a different thing playing exhibition matches to playing on the tour where you have to win five matches to win a tournament.”

Murray is 4.75 to win the 2018 Australian Open while Federer is 4.00 favourite to retain the crown he won in thrilling fashion back in January.