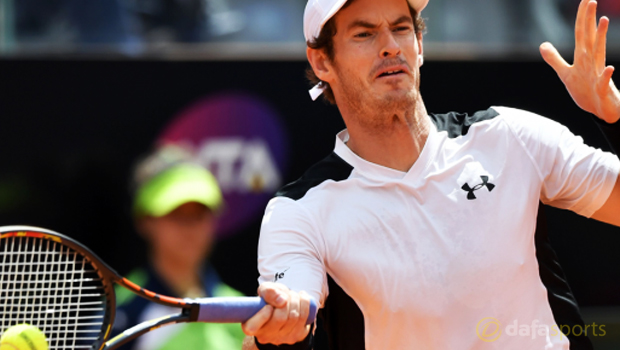 Andy Murray says he feels comfortable on clay ahead of the French Open after claiming the Rome Masters title at the weekend.

The Scot reached the French Open semi-finals for the third time in his career last year and he hopes he can go all the way in the 2016 edition of the Grand Slam event.

Murray landed his first Masters 1000 title on clay in Madrid in 2015 and his success in Rome was his second major title on the surface.

The world number two has not managed to add to his two Grand Slam titles since a back problem at the end of 2013, which dogged him throughout 2014.

Last year Murray played a key role in Great Britain’s Davis Cup triumph and that may have impacted on his individual goals, but ahead of the French Open the 29-year-old is fully focused on claiming the title in Paris.

“I’ve played well on all of the surfaces, but in the last couple of years clay has probably been my most successful surface, which I never expected,” Murray said.

“Maybe I didn’t believe enough in myself. I always thought clay was my worst surface, but then last year, getting some wins against the best players made me realise things.

My coaches had said that clay should really be my best surface, but it took me a long time to gain confidence.

“I made improvements in my movement. That has changed my mentality. I don’t feel like I’m off-balance anymore and I can chase most balls. It’s an easy surface for me to move on now. My back also feels way better.”

Murray is available at 5.50 to win the French Open outright and he says he heads to Paris with a “lot of confidence” but will have to be on top form to get the better of Rafael Nadal and Novak Djokovic, the only two men ahead of him in the betting.

Djokovic is the 1.75 favourite as he seeks to claim the one Grand Slam crown that has so far proved elusive, while Nadal is bidding for an unprecedented 10th title on the clay-courts of the French Open.