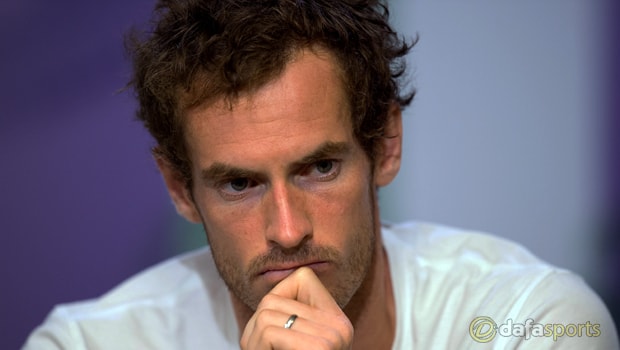 Andy Murray has confirmed he will miss the Australian Open but has promised to return to the court “soon”.

The Scot has been battling a hip problem for some time and has not played competitively since losing in the quarter-finals of Wimbledon to Sam Querrey.

It was hoped he would be able to play in Melbourne but fears grew for his participation after he withdrew from the Brisbane International.

That decision was extremely difficult for Murray, having already travelled Down Under to compete and he is now heading home to the UK.

Earlier this week, the 30-year-old admitted he had discussed the merits of surgery with his doctors but with his worst fears now confirmed, he says he will not be able to compete at the opening Grand Slam of 2018.

“Sadly I won’t be playing in Melbourne this year, as I am not yet ready to compete,” said Murray.

“I appreciate all the messages of support and I hope to be back playing soon.”

The Australian Open begins on January 15 and Roger Federer is currently the favourite to defend his title at 2.75, with the man he beat 12 months ago, Rafael Nadal, second in the betting at 4.75.

Although it remains to be seen when Murray will be ready to play again, it is not unrealistic to think that Wimbledon will be a goal for him to work towards.

This year’s event at the All England Club gets underway on July 2 and Murray is the 4.75 favourite to claim a third SW19 title, with Federer again leading the betting at 3.60.