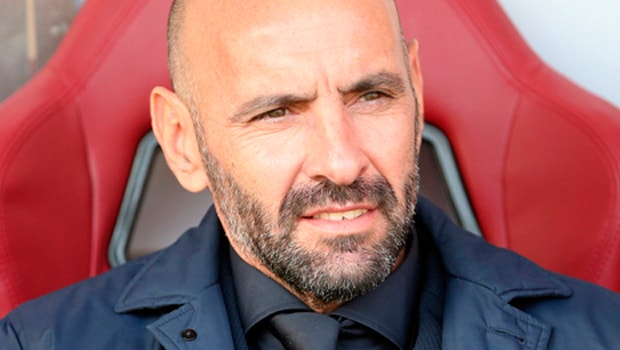 Roma sporting director Monchi has warned his players that they have to prove they are worthy of helping the club win silverware.

The Spanish transfer supremo made his name during his time at Sevilla and switched to the Stadio Olimpico in the summer, with the aim of helping the Giallorossi match Juventus and Napoli.

He was followed to the Italian capital by the likes of Hector Moreno, Maxime Gonalons and Aleksandar Kolarov, while youngster Patrik Schick was also loaned in from Sampdoria.

A strong start has been followed by some stuttering form and a lack of depth within their squad has been exposed, following the departures of Mohamed Salah, Antonio Rudiger and the iconic Francesco Totti.

Monchi’s ability to spot talent was the main reason for his appointment and like Sevilla, Roma are a club who often have to sell their best players to remain financially stable.

The 49-year-old is again expected to scan the market in the coming weeks and will be aiming to use his nous to sign players who he feels can inspire the team in the second half of the campaign.

After winning just one of their last five, Eusebio Di Francesco man will be keen to turn that around on Saturday against Atalanta.

Following their tough recent run, Monchi reportedly spoke to the players on Wednesday to warn them that they must improve, otherwise, they will be sold.

“At this delicate moment, we need to exhibit a winning mentality,” Monchi reportedly said.

“Anyone who doesn’t show a winning mentality cannot have a place at Roma.”