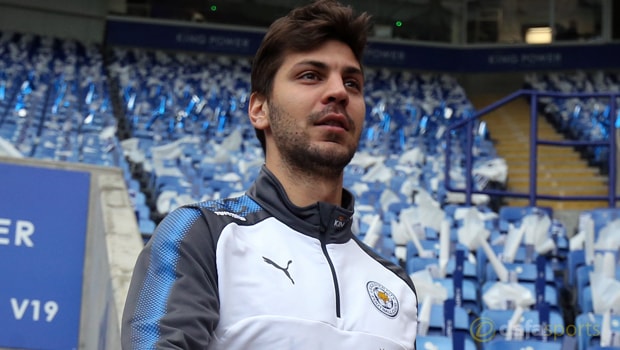 The Foxes head to Lancashire to face the Cod Army and will be keen to make a winning start in a competition they could go far in this season.

Monday’s 3-0 win over Huddersfield helped them get back on track after a run of five games without a victory and Claude Puel could field a strong team to help maintain his side’s momentum.

Dragovic is one of those likely to start on Saturday when the Foxes travel to Highbury.

The Austrian international has struggled for regular action since signing on loan from Bayer Leverkusen in the summer but could now be set for a run in the side due to an injury to Wes Morgan.

Having featured more regularly in recent weeks, the 26-year-old is keen to establish himself and insists he and his side are ready for Uwe Rosler’s men.

“We want to win this game for sure. We want to beat every team and when it’s possible, to go to the final.

“We must go step-by-step. On Saturday, it’s the first step against Fleetwood and we want to win this game.

Then, we’ll have confidence also for the next game against Chelsea. We know we play away, but first, we must win this game at Fleetwood.”