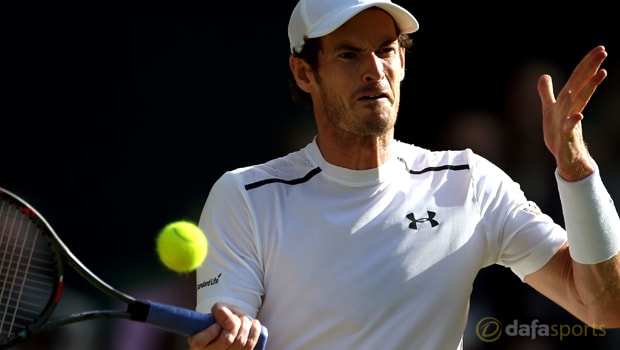 Great Britain’s Davis Cup captain Leon Smith has admitted Andy Murray’s absence from the quarter-final clash with France is a “big loss to the team”.

The world number one has been struggling with an elbow injury that forced him to pull out of the Miami Open earlier this month.

The 29-year-old has given no indication yet as to how long he will remain sidelined with the problem as he spends a second consecutive week recovering.

Murray was expected to take his place in Team GB for the Davis Cup clash with France in Rouen from April 7-9 but Smith has now confirmed his absence.

Smith said: “Most importantly we all wish him well for a speedy recovery back to full health and fitness.

I know that he would really want to be here with the rest of the team.” Dan Evans, Kyle Edmund, Jamie Murray and Dom Inglot will line up for the Brits as they look to continue the charge towards a second title in three years.

Britain, who are priced at 7.50 to win the Davis Cup outright, will need to rely on the same squad that saw off Canada in the first round, when Murray was also missing, and Smith insists he has full confidence in getting a positive result.

He added: “In Dan and Kyle we have two top-50 singles players who are improving all the time on the tour and both with games capable of upsetting higher ranked opponents.

“Jamie and Dom once again combine as our doubles team and will draw much confidence after performing so well recently to win key rubbers against Serbia and Canada to defeat Daniel Nestor and Vasek Pospisil.

“This is a team with significant Davis Cup experience now and these guys have all stepped up and delivered performances at the very top of the competition.”