Andy Murray in mint condition at US Open 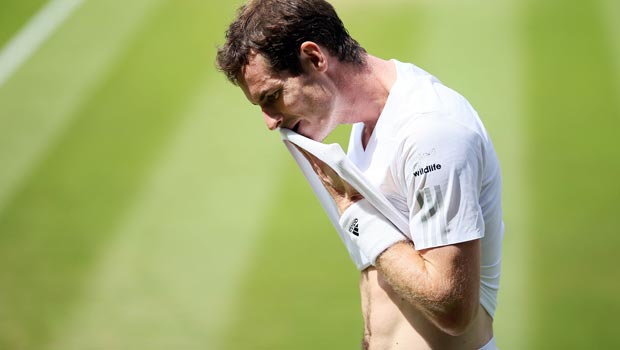 Andy Murray insists that he is feeling in ‘very good shape’ after booking his place in the US Open fourth round with a 6-1 7-5 4-6 6-2 win over Andrey Kuznetsov on Saturday.

The Briton is currently priced at 10.00 to lift what would be his second title at Flushing Meadows, but has struggled to replicate the sort of form he enjoyed before back surgery last September.

The 27-year-old has slipped down to ninth in the world rankings and has not won a title this year. He looked in real danger of crashing out of the US Open when suffering cramp in his opening match against Robin Haase.

However, he showed no ill-effects in his second round match against Matthias Bachinger and, despite a wobble in the third set on Saturday, he secured his progress with no physical problems against Kuznetsov.

It was certainly encouraging given the fact that the match was played during the day-time, although Murray conceded that conditions were a little kinder for him, compared to his opener.

“Today was much better than Monday,” he said. “It was obviously cooler and may have been a little bit more humid.

“It was quite cool actually by the end of the match. I hope [the cramp] is not a problem for the rest of the tournament.

“I feel like I’m in very good shape. I trained extremely hard in Miami to get ready for this period of the year. It shouldn’t be a problem.”

Next up for Murray is a clash against the big-hitting Frenchman Jo-Wilfried Tsonga, who beat Pablo Carreno Busta 6-4 6-4 6-4.

The Scot holds an impressive 9-2 advantage in the head-to-head record but it is Tsonga who goes into the clash having won their last encounter in Toronto earlier this month on his way to lifting the title.