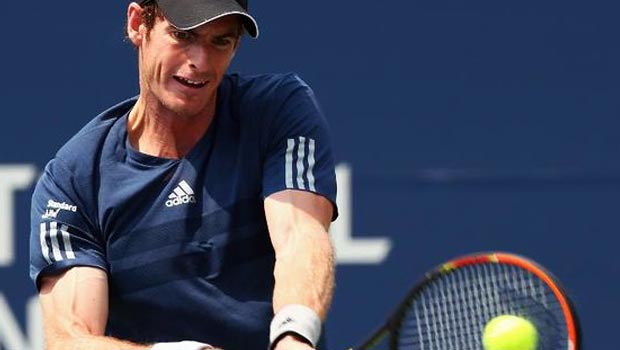 Andy Murray boosted his hopes of qualifying for the Barclays ATP World Tour Finals with a 6-6 6-4 win against Vasek Pospisil in round two of the Vienna Open.

The British number one surrendered one break to his opponent but broke three times to secure his first career victory against the Canadian.

Defeat for Milos Raonic in round two of the Kremlin Cup also lifted the hopes of two-time Grand Slam champion Murray reaching the end-of-season showpiece tournament in London.

“It was a tricky match to start with,” said the Scot. “He’s a tough player and he serves well. I expected a tough match and I just managed to get a break at the end of both sets. Both of the games I broke him were deuce games, he had game points, so the match could’ve definitely been a lot closer in terms of the score.”

The 27-year-old former US Open and Wimbledon champion next faces Jan-Lennard Struff, 7-6(6) 2-6 7-6(3) winner over Sergiy Stakhovsky, for a semi-final berth.

“It’s my first time I’ve played indoors since Rotterdam seven or eight months ago, and it’s always different playing indoors so it takes time,” said Murray. “But I’ve been here a few days now and tried to get as much practice on that court as possible.”

In the Emirates ATP Race To London, Murray sits in 10th position, one place behind Ferrer of Spain and 95 points behind eighth-placed Raonic.

Ferrer, the number one seed, came through a tough first set against Tobias Kamke of Germany before advancing 7-5 6-1 and is 60 points ahead of Murray.

Murray is currently priced 1.19 in the first set winner market by Dafabet against Struff and 1.20 in the second set winner betting.