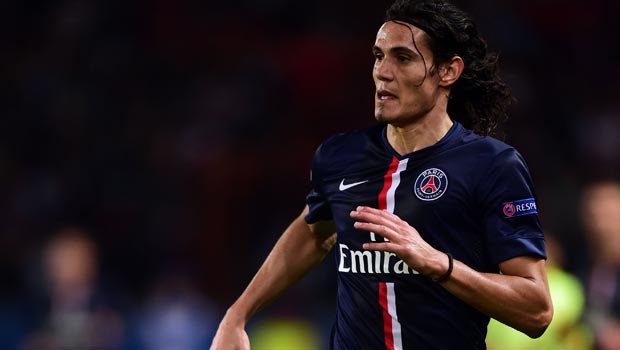 Speculation about the future of the 27-year-old intensified in the wake of the reports suggesting he has told the Ligue 1 big-spenders he wants to leave for the Premier League in England.

The French powerhouses have attempted to ward off interest from the likes of Chelsea, Arsenal and Liverpool by insisting the Uruguay striker is not actively looking to quit the capital giants.

“He gives 100 per cent; you just have to look at his attitude on the pitch. He runs and defends like crazy.

“He’s a real fighter who is ready to die for PSG.

“He’s incredibly generous with his efforts and always works hard for the team, without thinking about his himself or his personal statistics.”

Salto-born Cavani forged a reputation for himself as a prolific targetman with former club Napoli in which he scored over 20 top-flight goals in all of his three seasons with the Serie A club.

His form led to a 64million euros move to France and he repaid PSG by scoring 16 Ligue 1 goals in his first full season as Laurent Blanc’s men wrapped up the title.

Qatari businessman Al-Khelaifi said Cavani had the respect of players and club officials alike and was not expecting a request to leave.

“I support him totally, as I do all my players,” he added.

“Edinson Cavani fans love him too, as they know he’s a player who never cheats or shirks.

“He repays their faith with his total commitment to the club.”

Paris Saint-Germain are currently priced 2.25 by Dafabet to win Group F and 12.00 to win this season’s Uefa Champions League.