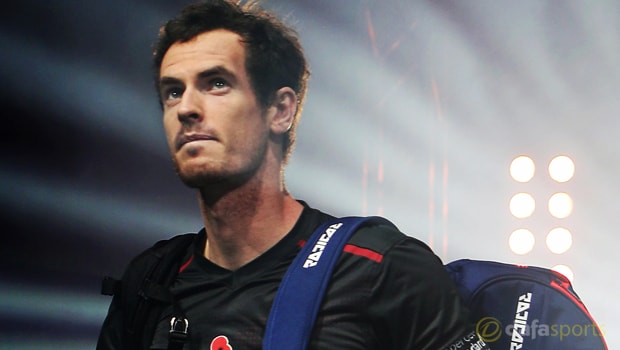 Former world number one Andy Murray says he’ll change his goals for 2018 in order to maximise both his potential and his fitness.

The three-time Grand Slam winner hasn’t played a competitive match since exiting Wimbledon at the quarter-final stage in July after a five-set loss to Sam Querrey.

Murray’s most recent slam victory came at SW19 in 2016 and, having fallen outside the top 10 in the ATP Rankings for the first time in a decade, he admits there may be a new focus in the year ahead.

He is due to return to the circuit at the Brisbane International, which starts on New Year’s Eve, and the Scot has revealed returning to full fitness and prioritising Grand Slams and marquee Masters-series events wil be his priorities in 2018.

“For me moving forward, rather than looking at the rankings and the effort it took to get me there potentially set me back a little because I had played a lot of tennis in a very short period of time,” he told Sky Sports.

“The major competitions are the ones that drive me more than the ranking.

I want to compete – it was tough for me basically limping out of Wimbledon at the end.

“I want to be competing hard and trying to win the Australian Open in January and the (other) Grand Slams.

That is ultimately what I want to be doing but first and foremost I need to get healthy.”

In the short-term, Murray just wants to be healthy and able to give it his all when he takes to the court.

“I want to get back to playing tennis, I want to be fit and healthy and that is what is driving me just now,” he added.

“I am hoping next year I can get back to that and if I do (get back to being fit and healthy) then I have an opportunity to compete for the biggest tournaments in the world and I still believe that.”

Murray is 7.00 to win the Australian Open, with Roger Federer favourite at 3.80 to defend his Melbourne crown.