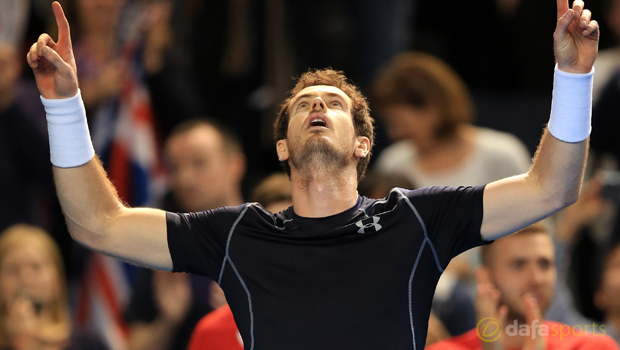 It equalled the longest match Murray has ever played, along with 2012 US Open final win over Novak Djokovic, and afterwards the 28-year-old admitted it had been a huge struggle to keep battling.

Murray said he was so desperate to secure the win, he allowed frustration to creep into his play.

In his first competitive action since becoming a father, Murray won three matches for Great Britain in three days, something he says took a huge effort.

He told reporters: “I have put myself through a lot this weekend. I have volunteered for all three days and I really, really wanted to win.

“I maybe wanted to win too much. I was getting frustrated when I wasn’t taking opportunities I should have. I deeply cared about [this] match and I expect that will stay the same throughout the rounds.”

Murray led Great Britain to an historic Davis Cup success in November, their first since 1936.

The win over Nishikori was the first time Murray had defeated a player ranked in the world’s top 10 in Davis Cup action and he could face the ultimate test in the quarter-finals in July after world number one Novak Djokovic helped Serbia set up a date with Great Britain as they overcame Kazakhstan.

Murray says he is hungry for more team success.

He said: “Last year was incredible every time I played in the Davis Cup. This team did something special and I would like to do the same again this year.

“Obviously the next match will be extremely tough and if we stick together and fight we have a chance.”