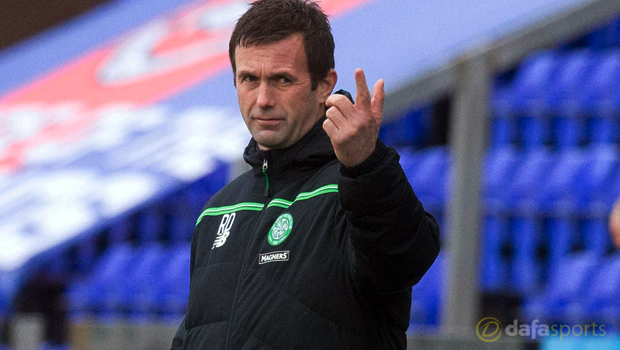 The Hoops earned their last-four spot courtesy of a 3-0 win over Morton at Parkhead on Sunday.

Rangers had 24-hours earlier booked their ticket to Hampden with a 4-0 demolition of Dundee at Ibrox.

The semi-final draw pitted the Glasgow clubs together for a showdown on April 16/17, in what will be Deila’s second Old Firm game as Celtic manager.

The clubs have met on just once occasion since Rangers were demoted to Scottish football’s bottom tier, Celtic running out 2-0 winners in February 2015 in a League Cup semi-final at Hampden.

With Celtic’s recent league form being patchy at best, the Old Firm derby next month could have a big bearing on Deila’s future in Glasgow but he is relishing the task and he says Celtic are retaining their focus on winning the silverware in May.

The Celtic boss conceded his team will be favourites to dump out the Championship leaders.

“Yes, that’s fair. There’s nothing new there,” he told reporters.

Deila’s opposite number Mark Warburton says it is vital Rangers do not allow themselves to become pre-consumed with facing Celtic. Getting back into the Scottish Premiership must remain the priority says the Ibrox boss.

“I understand it is a big game and a big event and I understand there will be media hysteria, but from our point of view that game is a long way off and between now and then we have a lot of work to do in our league campaign,” he said.

Dundee United will face either cup holders Inverness Caledonian Thistle or Hibernian in the other semi-final tie.