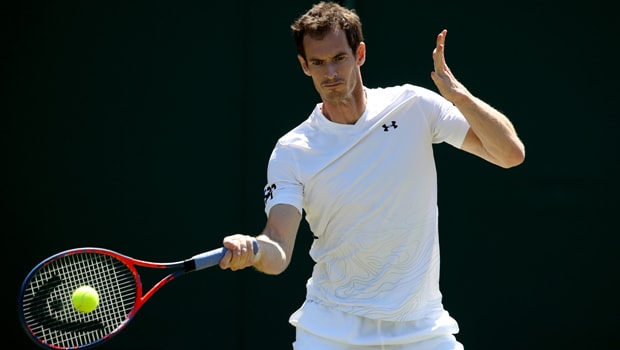 Former world number one Andy Murray is considering a trip to Glasgow with Great Britain’s Davis Cup team next month.

The Scot is plotting his path for the rest of the year after suffering a second-round defeat to Fernando Verdasco at the US Open.

Murray was making his first appearance at a Grand Slam since last year’s Wimbledon after struggling with a hip injury, which forced him to go under the knife earlier this year.

The 31-year-old is currently not scheduled to return to action on the ATP Tour until September 24 at the Shenzhen Open, while he is also booked in to feature at the China Open in Beijing.

However, Murray could be back in action much sooner after hinting that he might represent Great Britain in his homeland.

Great Britain are set to take on Uzbekistan in a play-off at the Emirates Arena in Glasgow from September 14-16, and Murray has hinted at a possible return to the Davis Cup fold.

“I’d have to chat to my team because this is obviously a very important period in my rehab and my long-term strategy,” Murray told the BBC.

“Playing five sets takes a lot out of you, which I’ve obviously learned in the last couple of days, and the Davis Cup has also taken a lot out of me.

“But there’s a big part of me that would love to play and get the opportunity to play one last time in Glasgow.”

Verdasco is priced at 5.25 to win his next match at the US Open when he faces Juan Martin Del Porto, who is 1.15 to come out on top, on Saturday.