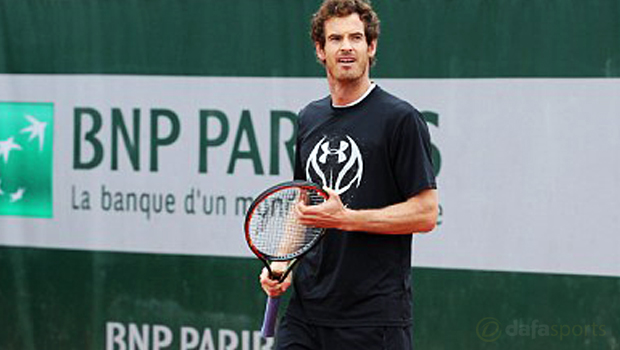 Andy Murray says winning the French Open is the only thing he is thinking about ahead of Friday’s semi-final against Stan Wawrinka.

The Scot, who is 5.00 to win the tournament outright, recovered from falling a set down to beat home favourite Richard Gasquet 5-7 7-6 6-0 6-2 on Wednesday and book his place in the last four at Roland Garros for the third straight year.

He will now meet defending champion Wawrinka after the Swiss, who is 7.00 to retain his crown, became the oldest man in 31 years to make the semis in Paris courtesy of a win over Albert Ramos-Vinolas.

It looks set to be an epic tussle on the Philippe Chatrier court and victory for Murray would see him reach the final of the French Open for the first time in his career.

The 29-year-old has made significant strides on clay over the last couple of years, recently beating Novak Djokovic in Rome, and is currently the slight 1.80 favourite to win on Friday, with Wawrinka 1.95.

Murray believes he is now in the perfect position to achieve his goal of winning the tournament although admits he will need to be at his best if he is to defeat the third seed.

“I’m here to try to win the tournament, not to just make the final,” Murray said .

“The last two years here Stan has played great tennis. He’s been at the top of the game for a number of years and is still improving.

“He’s been a little bit inconsistent this year, but won a tournament last week and has been playing better with each match here.

It will be very tough. He plays well on that court. I’ll have to play great tennis to beat him.”