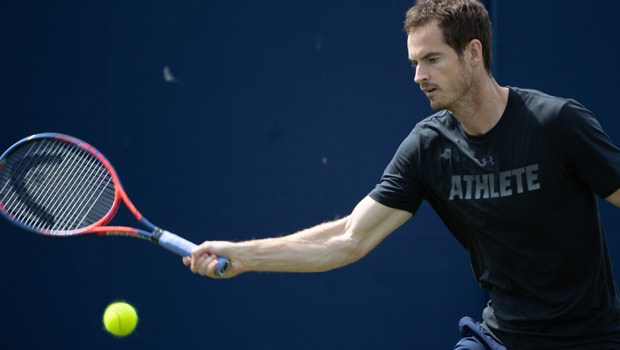 Andy Murray says he is cautious about a return to hard courts as he continues his recovery from hip surgery.

Murray returned after almost a year out with the injury in time for some practice on the grass courts of home but decided not to play Wimbledon, reluctant to compete in the best of five-set matches.

Now, in the lead up to the US Open in a few weeks, he is in the USA, testing the hip on hard courts and begins with a match against American Mackenzie McDonald in the Washington Open.

He is though hopeful that he can get the match practice in before making a decision about whether to compete in New York next month.

Murray said prior to the meeting with McDonald: “I have to see how the body responds to that, not just the hip. It felt pretty good in practice. It’s feeling better all the time.

“That’s what I need just now, I’ve not played a hardcourt match for a very long time. A lot of anxiety about that. I’m sure after the first few games out there I’ll be fine.”

Murray will play Kyle Edmund if he wins his first round match in Washington and the match will be just his fourth competitive one since returning to the ATP tour.

He lost to Nick Kyrgios at Queen’s Club then beat Stan Wawrinka at Eastbourne before losing to Edmund in the next round.

After Washington he has a wildcard into Cincinnati in two weeks with the US Open beginning on 27th August.

Murray is 11.00 to win the US Open with defending champion Rafael Nadal 5.25. Novak Djokovic, fresh from winning Wimbledon, is 3.60.