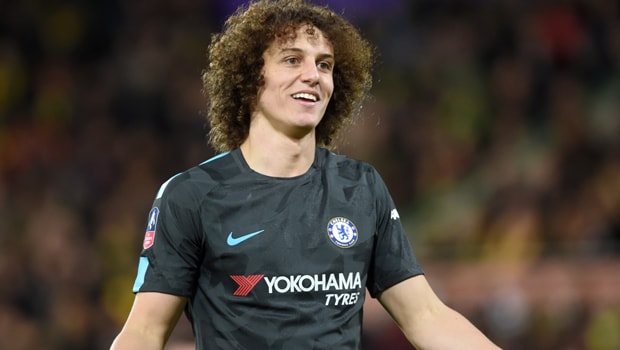 David Luiz says that he feels 100% and is eager to play his part in getting to learn new Chelsea manager Maurizio Sarri’s style of play.

The defender has featured in both of Chelsea’s two pre-season games so far, against Perth Glory and Inter Milan, partnering young Ethan Ampadu at the back.

The games are the start of a new era at Stamford Bridge, with Sarri taking over from Antonio Conte as manager.

He comes to the Premier League having won plaudits for his style of play and Luiz feels it will benefit the club as they aim to recapture the title last won in 2016-17.

He told the club’s official website: “I love this philosophy, to play high with a lot of possession of the ball and in a technical way.

So he is trying to help us every single day to learn his philosophy to help Chelsea. “A new philosophy always takes time. But it also depends on us.

If we’re dedicated every day and doing things every single day in training, we’re trying to learn quickly.”

For Luiz himself the new manager gives him an opportunity to re-establish himself at Stamford Bridge after finding first-team chances hard to come by last season.

He was integral to the Chelsea team that won the title the previous season but only started one league game since October.

However, he now says he wants to stay and fight for his place.

Chelsea, who are 13.00 to win the Premier League title, take on Arsenal in Dublin on Wednesday before, as last season’s FA Cup winners, taking on league champions Manchester City in the Community Shield at Wembley at the weekend.

They then have one more pre-season game, at home to Lyon before they begin the new league campaign away to Huddersfield Town on 11th August.