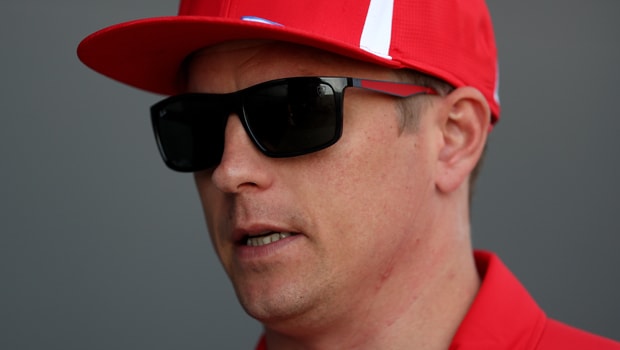 Kimi Raikkonen said he took no satisfaction from coming third in the Hungarian Grand Prix despite it being his fifth consecutive podium finish.

The Ferrari driver started and finished third in Budapest, coming behind race winner Lewis Hamilton and Ferrari team-mate Sebastian Vettel, having a two-stop race in contrast to his competitors who just had the one stop.

The podium finish in Hungary was the Finnish driver’s fifth in a row and eighth in the 12 races so far this season.

It keeps him third in the Drivers’ Championship this season, behind Hamilton and Vettel, however he is yet to win a race in 2018 and, in the last grand prix before the summer break, he was left frustrated.

He said after the race: “It doesn’t really feel like a very good race here, being in third place.

“But the end result, doesn’t really feel like a happy finish. As a team we scored decent points and I think we have a few things to improve and I’m sure we have all the speed to be higher up – but we need to tidy up a few things.

I think which way you look at it depends if it’s good or bad. I don’t think it’s a disaster but it could be better, for sure.”

Hamilton’s win in Hungary, his second victory in succession gives him a healthy lead over Vettel in the race for the Drivers’ Championship.

He goes into the break with a 24-point lead over the German as he bids for a fourth world title in five years. The next race on the F1 calendar is the Belgian Grand Prix at the end of August.

Meanwhile, Marc Marquez is 1.03 to be the Moto GP world champion this year with Valentino Rossi 10.00 and Andrea Dovizioso 11.00.