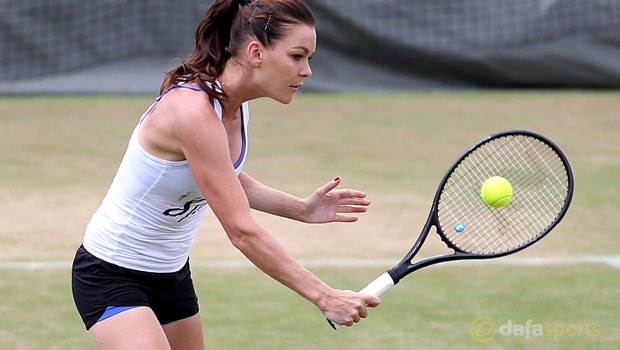 Dawid Celt, husband and coach of Agnieszka Radwanska, says he is hopeful his wife will have recovered from injury in time for the 2018 French Open.

Radwanska, ranked 30th in the world, has been struggling for form this year and she has failed to make it past the last-32 stage of any of the eight tournaments she has featured in.

The Polish star was hoping to turn things around when opening her clay-court season in Istanbul last week but she retired in round one against Croatian Donna Vekic when down 6-1 2-0.

A back injury picked up a day before that match was clearly hampering the 29-year-old and that issue has now forced her to withdraw from the Mutua Madrid Open, which gets underway on Saturday.

The 2012 Wimbledon finalist is not scheduled to play in the Italian Open that runs from May 14-20, and there are serious concerns over her fitness ahead of the second Grand Slam of the season.

With the French Open starting on May 27, time is running out for Radwanska to get back to full fitness but Celt, who is also a professional tennis player, is optimistic his wife will play at Roland Garros.

“We hope she recovers for Paris tournament,” he was quoted as saying by tennisworldusa.org.

“We would like Agnieszka to go there. We will do everything so that she plays in the French capital.”

Radwanska is a big outsider at 67.00 to win the French Open whilst Romania Simona Halep, who lost in the Australian Open final this year, is the 5.50 favourite to break her Grand Slam duck.