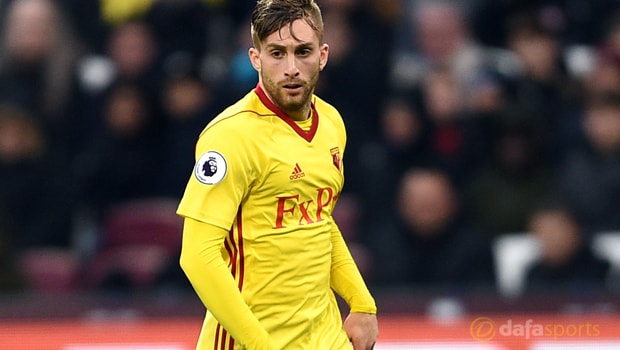 Gerard Deulofeu says he is unclear whether he will make his loan move at Watford into a permanent deal although the winger is adamant his time at Barcelona will be coming to an end this summer.

Spain international Deulofeu rejoined Barcelona last summer following a two-year stint at Everton but he has struggled to make his mark at Camp Nou, making just 10 La Liga appearances on his return.

The 24-year-old was sent on loan to Watford in the January transfer window and, despite missing two months of action due to injury, he has impressed in his five Premier League outings, scoring in the 4-1 thrashing of Chelsea at the start of February.

Hornets boss Javi Gracia has already spoken about his desire to sign the winger permanently and it is thought a bid around the £10million mark will be lodged to the Catalans this summer.

Deulofeu was asked about his future beyond this season and, although unsure whether he will stay at Vicarage Road, he is certain there is nothing left for him at Barcelona.

“The coach wants me to stay. We have to see, go slowly and analyse it well. We will see what happens with my agent,” he told Spanish radio station Cadena SER.

Deulofeu, who came on as a substitute in the 2-0 loss at Tottenham on Monday night, will be hoping to play a bigger part in Saturday’s home clash against Newcastle United.

The hosts are narrow 2.40 favourites to pick up all three points, a draw is priced at 3.20 whilst the Magpies, who have suffered back-to-back defeats to Everton and West Brom, are a 3.00 chance to claim all the spoils.