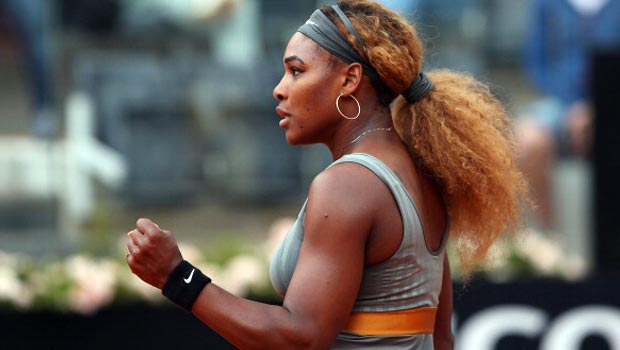 Serena Williams believes she will have “a lot of work to do” when she faces home favourite Sara Errani in the Internazionali BNL d’Italia final.

Williams is defending her title in Rome and made her way into the final after beating Ana Ivanovic in the semis.

The American suffered a scare in the second set but fought back superbly in the third to claim a 6-1 2-6 6-1 success over the Serb.

“I lost my concentration a little bit, so at the start of the third set I just tried to get really pumped, keep myself focused and pretty much do everything to play my best tennis,” said Williams, speaking after the match.

It meant the world number one will face Errani, who booked her place in the final with a 6-3 7-5 victory over Jelena Jankovic.

Williams is wary of her Italian opponent, the current world number 11, following her recent wins against higher-ranked opponents.

“I think that she’s improved immensely, even in just the last two weeks she’s taken her game to another level and has a lot of confidence having beaten two really good Top 10 players,” Williams added.

“I have a lot of work to do to beat her and she also has nothing to lose.”

Errani is the first home player to reach the Internazionali BNL d’Italia final in over 30 years and would be the first Italian to win it since Raffaella Reggi in 1985.

She has never beaten Williams however and the defending champion is 1.09 to win.

Errani is priced at 7.25 after losing her previous six matches against Williams, with three of those defeats on clay.