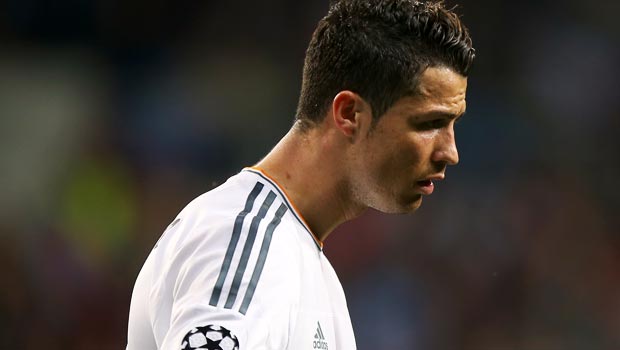 Real Madrid boss Carlo Ancelotti is confident Cristiano Ronaldo will be fit for the Champions League final against Atletico Madrid next weekend.

Ronaldo pulled out of Real Madrid’s final home game of the season on Saturday after feeling an injury in the warm-up.

The Portuguese was not included in Ancelotti’s matchday squad to face Espanyol and his absence raised fears ahead of the final in Lisbon next weekend.

But speaking after the 3-0 victory over Espanyol, Ancelotti seemed relaxed and told reporters he is confident his star player will be available for selection.

“We have taken risks and we have done some tests which points to a small spasm. He has time to recover for the final, we are calm.”

Ronaldo has scored 44 goals in 40 appearances for Real Madrid this season, including 16 in the Champions League.
He will therefore be a key player for Real as they attempt to win their 10th European Cup.

Atletico Madrid, meanwhile, look set to be without top scorer Diego Costa after he limped out of their draw at Barcelona.

The Spain striker pulled up with a hamstring problem during the 1-1 draw at Camp Nou, which gave Atleti the Liga title, and broke down in tears on the bench.

Spanish newspaper Marca quotes Atletico president Enrique Cerezo as saying Costa will be out for “at least two weeks” meaning he will definitely miss the final.

Costa has scored 36 goals and made seven assists for Atleti this season.

Diego Simeone’s side may also be missing attacker Arda Turan, who came off seven minutes after Costa in Barcelona, although the club is more optimistic about his chances of featuring in Lisbon.

Real Madrid are valued at 1.49 to win the Champions League final on May 24 while Atletico Madrid are 2.75.