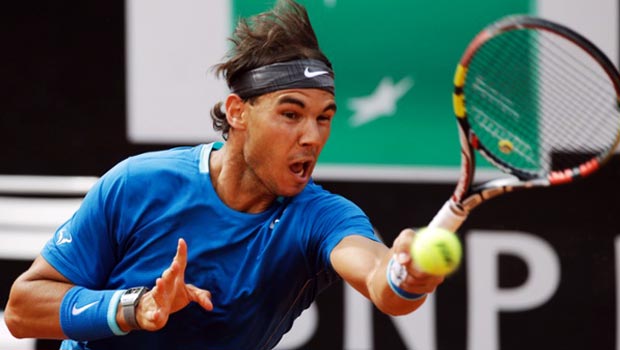 Nadal has won the Internazionali BNL d’Italia seven times in the last nine years and is hoping to add another to his collection in 2014.

But the world number one has not been at his dominant best in Rome this year after being taken to three sets in his opening three matches of the tournament.

He booked his place in the final with a 6-2 6-2 semi-final victory over Bulgaria’s rising star Grigor Dimitrov, arguably his first complete performance of the week.

Nadal will now renew his rivalry with second-ranked Djokovic in the final and admits he is not sure what to expect from the Serb.

“It’s difficult to imagine him playing bad. The only way I can win is playing with really good rhythm, playing aggressively and trying my best.

“It will be a very difficult match, but I have to be ready.”

Djokovic, who has won the Internazionali BNL d’Italia twice in his career, came from a set down to book his place in the final with a hard-fought victory against Milos Ranoic.

“I can’t recall the last time when I was feeling so helpless returning, even his second serves,” said Djokovic.

Nadal holds a 22-18 edge over Djokovic in their career rivalry but the Serb has won the last three matches, including the 2014 Sony Open Tennis final in March.

The pair have also met three times in the Internazionali BNL d’Italia final, with Nadal winning twice and Djokovic once.